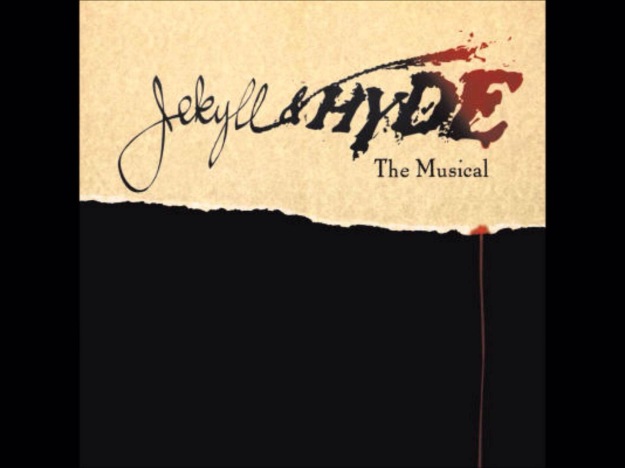 After a long absence of reviewing, we have returned with the Bournville Musical Theatre Company production of Jekyll & Hyde, a beautiful, yet courageous choice for any company to pursue, due to the dark nature of the story and the challenges within the music. However, BMTC hosted a truly memorable production, featuring sublime direction by Terry Wheddon, terrific choreography by Sadie Turner and in my opinion, the strongest contribution from the creative team was from veteran musical director, Chris Corcoran, leading a strong orchestra who added a magical element of suspense to the show.

Leading man Phil Snowe tackled possibly one of the most challenging roles within musical theatre, portraying both the interested and highly experimental Dr Henry Jekyll and evil, murderous Mr Hyde as drastically contrasting characters, completely changing physically when he transforms into his alter ego, the evil Mr Hyde. Possibly the most memorable performance of the evening came from The Confrontation, a performance which Mr Snowe truly flourished in, supported by simple yet effective lighting design. This is the Moment, and Alive were amongst just a few numbers which sent shivers down the spines of everybody in the auditorium. I look forward to seeing him in many roles in years to come.

Supporting Mr Phil Snowe on stage were Claire Brough as the divinely beautiful Emma Carew, whilst Chloe Turner portrayed a desperate, yet selfless Lucy Harris. Both girls thrived in their perfectly-cast roles and I would like to take this opportunity to thank them both, as they provided such strong characters that I felt the audience were highly anticipating their next return on stage. Brough’s rendition of Once Upon a Dream was beautifully performed, particularly vocally, at which she has precise control and a sweet tone. Turner provides a wonderful performance of Bring on the Men, which revealed instantly that she had truly mastered the character of Lucy. Quite the opposite atmosphere of this number,  A New Life and the subsequent scene left the majority of the audience in tears. The pair share a duet, In His Eyes, with excellent harmonies and emotional performances from both actors.

The ensemble throughout the show were excellently characterised and vocally divine, with Adam Slack, David Page and Rachel Fox, the latter of whom has a tremendous voice.

A few technical difficulties with microphones and loud scene changes were evident, however they can be forgiven for opening night mishaps.

This show tells three love stories simultaneously: Davy Henshaw and Yvonne, Ally and Liz Henshaw, and Jean and Rab. Ally and Liz are reunited after Ally’s release from the armed forces, yet their love affair is short lived when Liz decides she cannot commit as she wants a life, leaving Ally heartbroken. Davy and Yvonne live an emotional rollercoaster yet find true love within each other eventually. Rab and Jean have been married for 30 years, however problems still arise when the past returns to haunt Rab and he later suffers a heart attack. Luckily, the couple find peace and happiness together.

Before the show started, we were greeted pleasantly with a professional bagpipe musician, a Scottish Tradition. The performance began promptly and from beginning to end, everybody in the audience was totally engaged.

The cast of around 25 is led impressively by Chris Johnson as Ally and Mark Walsh as Davy, both displaying excellent characterisation and both with enjoyable vocals. Accompanying this pair were Maria Rodriguez as Liz and Brookyln Barber as Yvonne. Both gifted actors, the girls also delivered memorable vocal performances.

This show wold not have been complete without the wonderful performances brought to the stage by Sharon Tozer and Robert Fusco as Rab. Emotions running high throughout, the pair had real chemistry and proved themselves of a significantly high standard.

A smaller part was played by Sophie Koumides (Margaret), yet this was one of the emotional peaks of the show. I commend her performance – a gifted young actress, who also shone through in her ensemble performances. She was accompanied by Drew Rafton (Young Rab), again delivering an emotional performance alongside Sophie.

Not forgetting, however, the wonderful performances brought by every single member of the ensemble, who displayed real enthusiasm and in-depth characterisation. If I was to name every cast member who I considered impressive, I’d be naming the entire of Birmingham Midland Operatic Society’s company.

This is a near professional standard production and is not one to be missed.

Sunshine on Leith runs at the Crescent Theatre until Saturday 3rd October 2015.